The Story of Forhad 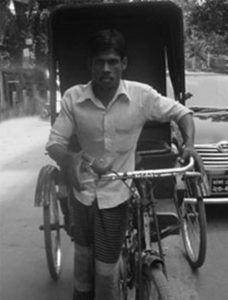 Forhad has been a rickshaw puller in Dhaka for the past 12 (twelve) years. He was born with deformed legs and a hunch on his back. Despite these physical limitations, Forhad chose not to resort to begging. But instead, he chose to work for a living. With the assistance of one of the partners of Vertex Chambers, Forhad purchased a rickshaw. However, that rickshaw was confiscated by the police on account of it being unregistered. Forhad then sought the assistance of Vertex Chambers to purchase a ‘motorized’ rickshaw, the price of which was Taka 35,000. Forhad had managed to contribute some money towards purchase of the rickshaw and the balance was paid by Vertex Chambers as part of its Community Awareness program.

We applaud and respect people like Forhad, who, despite having severe limitations in their lives, both physical and social, choose to strive to make a living through hard work and effort.

Forhad visits us every weekend to take one of the Partners of Vertex Chambers for Friday prayers. During the week, he graciously comes by whenever needed and takes us where we need to go on his new motorized rickshaw.

The Story of Juel

The current Partners of Vertex met Juel for the first time over 5 years ago, when he took the position of a District Court Clerk at a chambers where they worked. After he started going to court on a regular basis, Juel expressed his interest to study law. Two of the Partners of Vertex Chambers decided to personally finance Juel’s undergraduate law degree. 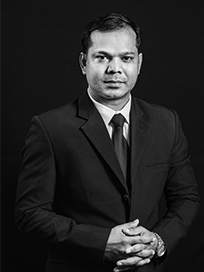 After joining Vertex Chambers, Juel continued with his studies and he completed his undergraduate law degree in September 2012. “Juel is now an Advocate of the District and Session Judge’s Court, Dhaka, enrolled in the year 2014. For Juel, what started as a journey in which he walked behind us, carrying our books and files, has now moved forward with Juel walking side by side with all the other lawyers of Vertex as an ally and comrade in the legal profession. All of us at Vertex Chambers wish him the very best.”